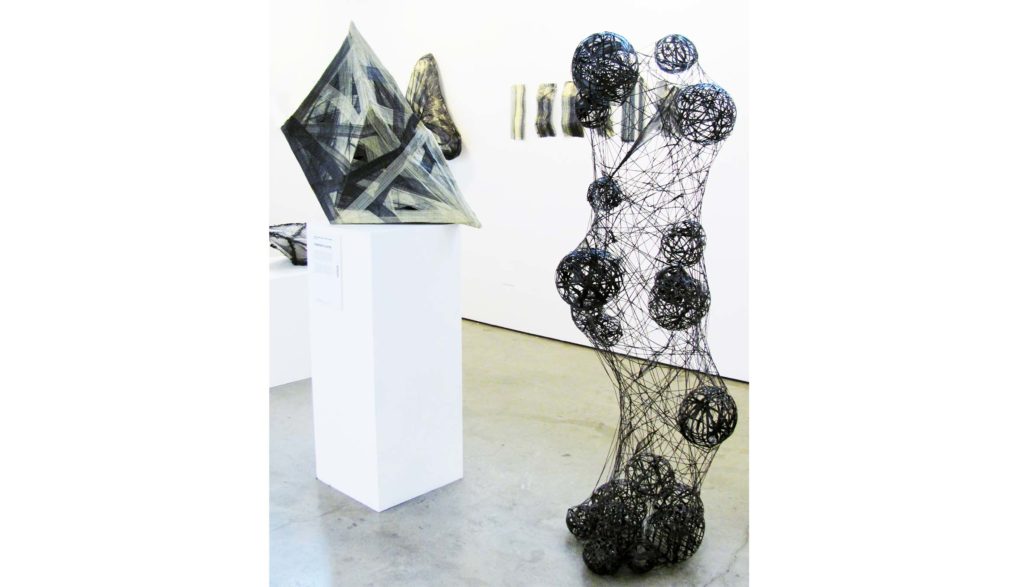 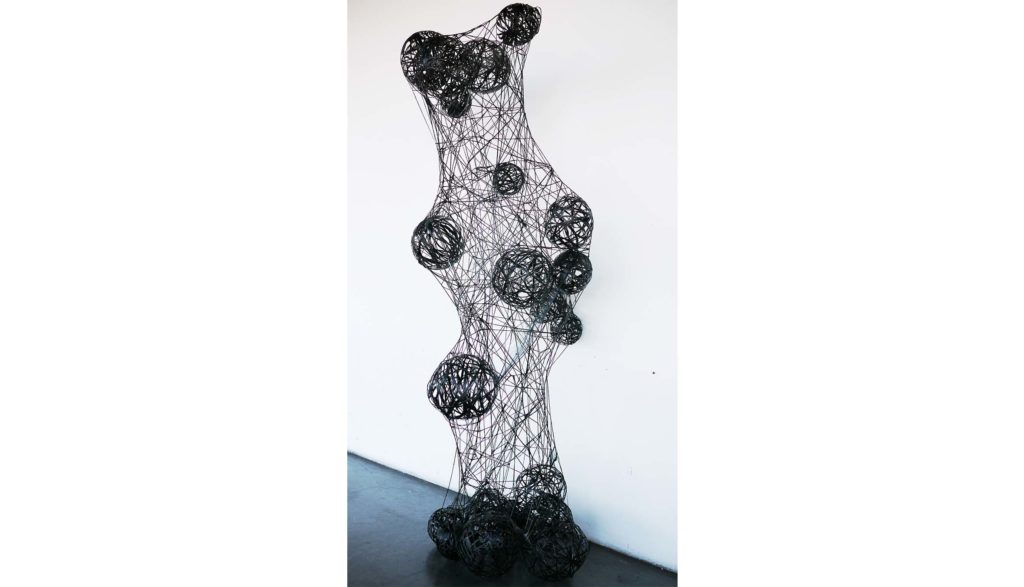 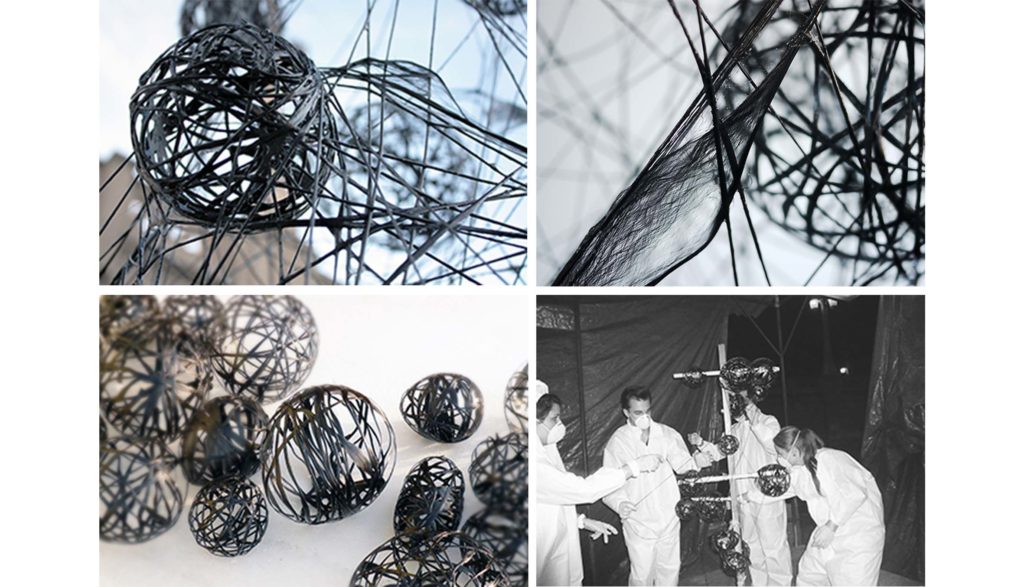 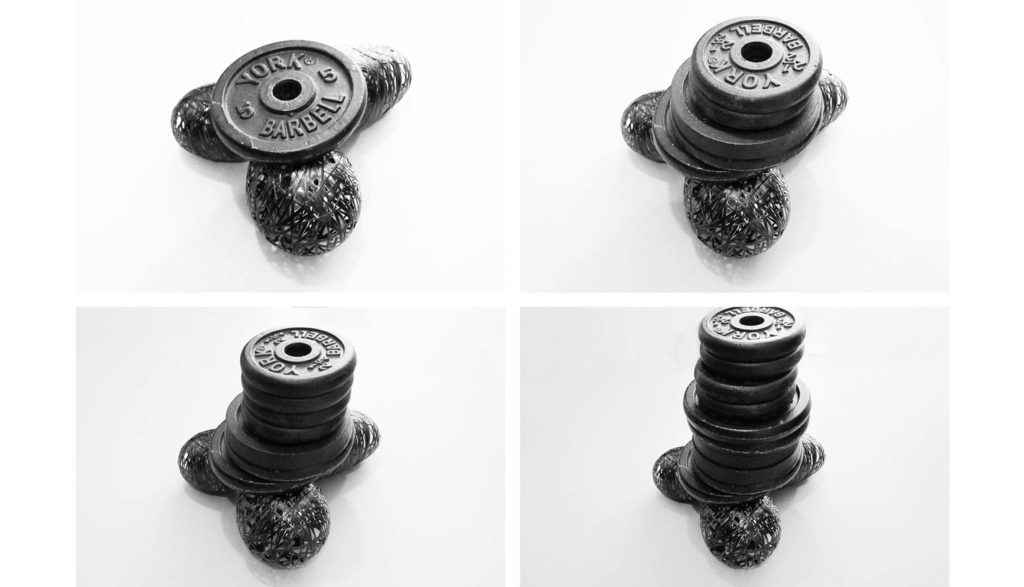 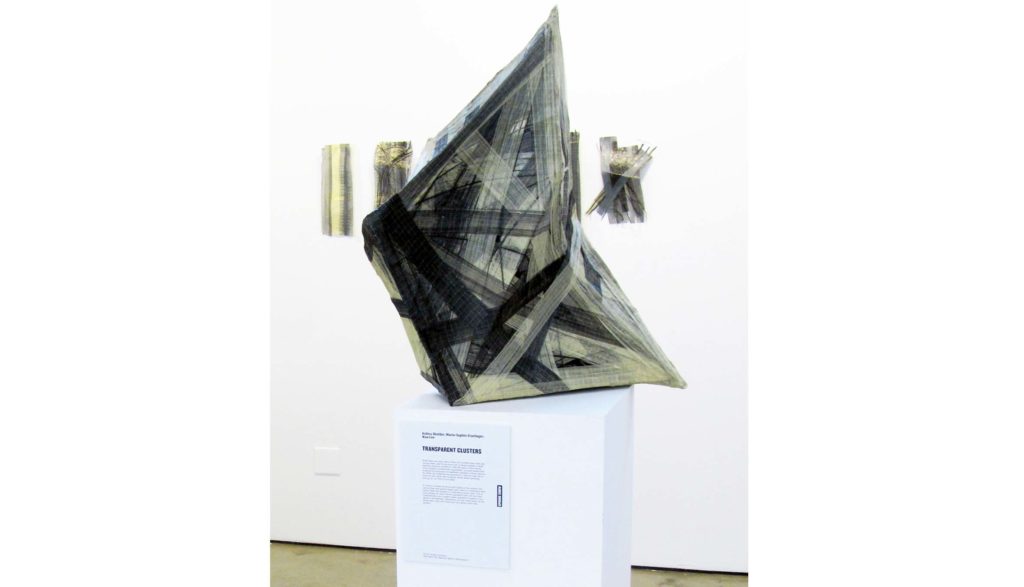 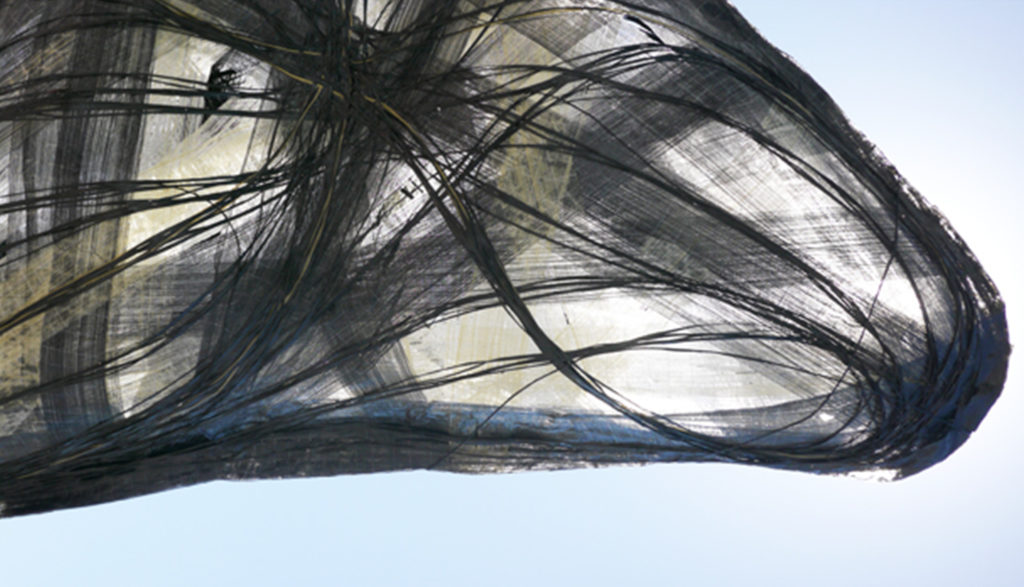 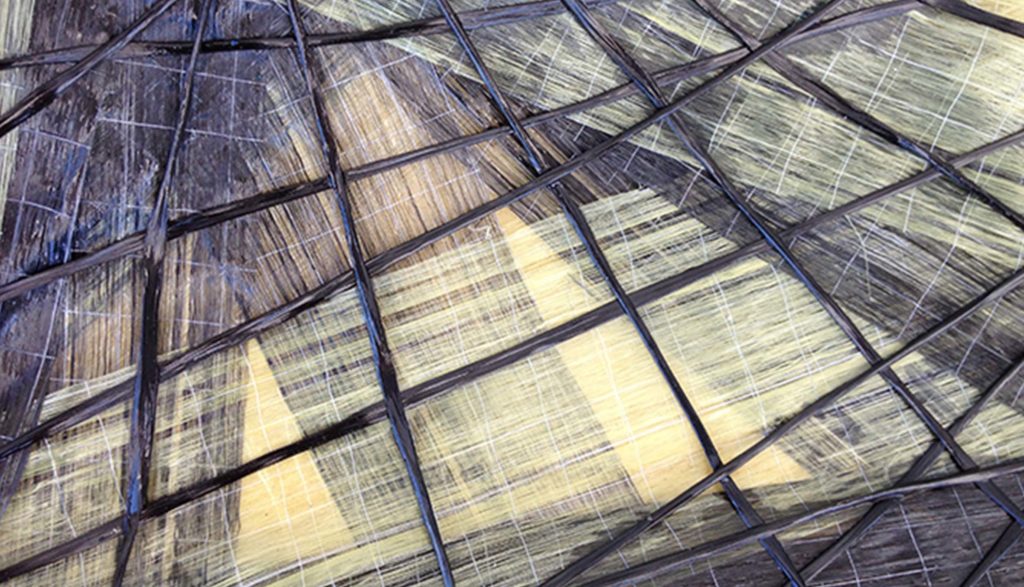 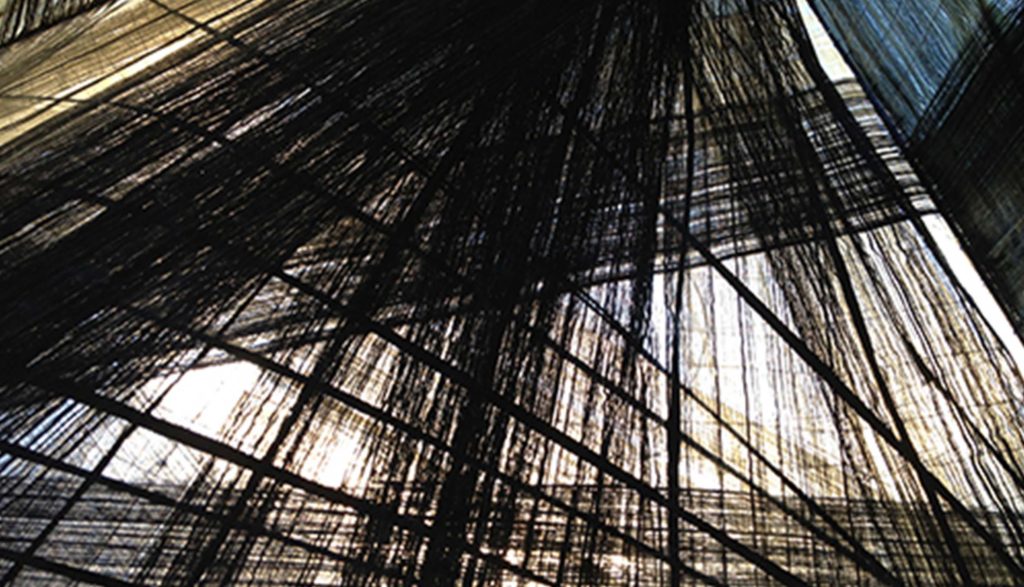 Developed as a part of an advanced tectonics seminar, the Tow Tower prototype explored the ability for additive compositing strategies or fiber aggregations to work their way into a new volumetric understanding of material application to promote a progressive tectonic paradigm in the contemporary discourse of architecture.

Traditional carbon fiber assemblies rely on layering woven carbon fiber sheets on top of one another that are given shape through a mold, infused with a matrix of resin, and are then cooked in a vacuum bag inside an autoclave oven or allowed to air-cure forming a rigid composite structure that is both lightweight and highly performative in compression, tension, temperature resistance, and in some cases, machining. Often times this process lends itself toward forming individual surfaces that are then joined together at seams with either more resin or mechanical fasteners depending on the application. Rather than accepting this as an inevitable condition in

herent to compositing strategies, the course encouraged exploring other states or material properties that may be exploited for their idiosyncrasies. For this reason, the group employed carbon fiber-tow, which is understood to be carbon fiber in its rawest, filament-form, as a way to explore a way to weave and mold the material volumetrically to form what ends up looking something like a 3D-drawing.

In this case, the project diverges from a surface-based understanding  of the compositing process and focuses on forming a volumetric expression of form through the use of a variety of techniques developed through material experimentation and research. The group used carbon fiber tow to construct a series of oblong spherical modules that populate and disperse along a vertical datum around 6 feet tall and almost 3 feet at its widest point. Temporary scaffolding mounted to a rotating base suspended the modules long enough so that a secondary system of resin-infused carbon

fiber tow to weave in 3D space and guided into place with the aide of the spinning mandrel system. The result after a few passes of tow to secure the modules in space is a self-supporting structure that allows for the temporary scaffolding to be removed without disturbing the distribution of the spherical bricks along the vertical displacement in which they established their location.

Supplemental passes around the assembly added rigidity to the structure, resulting in a structure that at times performs in tension, but largely the elements act as a shell enclosing the invisible space that the scaffolding at first sketched out. The properties of carbon fiber tow allow for the tower to be extremely strong relative to its weight, while at the same time the exploitation of the tow‘s linearity provide secondary effects of density, fraying, transparency, and shadow from one side through to the other, something that is unthinkable with traditional carbon fiber mats or tape.

Following up on our previous studies with carbon fiber on the Tow Tower this class gave the opportunity to continue on our research and widen our material pool with carbon fiber tape.
North Sails pre-preg carbon fiber and aramid tapes have previously been used to produce soft surfaces capable of withstanding extreme conditions.  With the goal of discovering other possible architectural capabilities and usages the team tested and analyzed the physical and aesthetic qualities of these resources.
When the materials are pressed
in a vacuum bag, the results are soft, fabric-like surfaces which while extremely strong, do not hold to form well.  In order to provide structure and rigidity to the surface, the carbon fiber and aramid tapes were used in combination with carbon fiber and aramid tow dipped in a laminating epoxy resin.  The results yielded an object which displayed both soft and hard characteristic and created varied patterns of opacity, colors, density, and strength, depending on how many layers of materials were used and how much or where resin was applied.